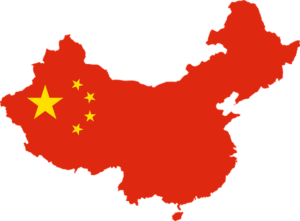 According to the latest annual survey by influential China funds management research house Z-Ben, First State entered the list ranked 23rd overall – for investment management in both directions – and 7th for inbound investing.

The report, ‘The Top Foreign Firms in China’ says, however, the year ahead will be different from the last year in how foreign fund managers approach China. They will be looking more for ways to build an onshore China business – not just investing foreign money in China or Chinese money offshore. But that will be difficult for most of them.

The report says: “How China-specific business risks and probabilities were approached by global managers was a key determinant of the latest Z-Ben Rankings results. That was understandably so, as the past year was clearly weighed down by the yoke of uncertainty on multiple fronts. For the vast majority, the choice made was either to defer and delay, or to refocus energies towards servicing a global client base seeking greater exposure to RMB asset classes. A few, however, fully recognized where policy on China’s domestic fund management marketplace was headed; these smartly adapted and, in doing so, improved their competitive positioning.

“For the year ahead, all global managers will be faced with the choice of how – or perhaps if – to execute and build an onshore money management business in China. There is now little doubt that Chinese policy is set to allow for fully-controlled retail platforms. It is a move that will also come sooner than nearly all firms are presently planning for. Having said all of this, there is a likelihood that the new rules will prove highly contentious. Obstacles will remain for managers – and potentially not in equal shares. For those that do press ahead, simply porting a global operating standard into a China business will not work. Real adaptability will prove to be the single most important variable for generating lasting success.”

The report’s 2019 rankings show that the top six fund managers, four of which are US based, dealing in or with China are “pulling away” from the others but “competition among the trailing pack remains intense”. The top six, combining both inbound and outbound investing, are, in order: UBS (Switzerland); Invesco (US); JP Morgan (US); Schroders (UK); BlackRock (US); and, Fidelity (US).

The rest of the top 25, in order of a ranking score which incorporates the three categories of onshore, inbound and outbound, and rates each according to the researchers’ view of its importance in the future (onshore is clearly most important for retail-type managers) are: HSBC (UK); Value Partners (Hong Kong); Aberdeen Standard (UK); DWS (Germany); Neuberger Berman (US); Eastspring (UK); Allianz GI (Germany); Winton (UK); Eurizon (Italy); Franklin Templeton (US); PineBridge (US); Man Investments (UK); BNP Paribas (France); First State (Australia); Mirae Asset (Korea); and, Credit Suisse (Switzerland).