You are here: Home / Investment News / March for the robots: auto-advice could switch on early 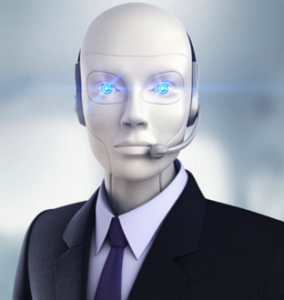 Robo-advice could be operational in NZ within six weeks as the Financial Markets Authority (FMA) puts the finishing touches to a much-consulted exemption notice.

A spokesperson for the regulator said the FMA would be “open for applications from providers seeking to offer digital advice by relying on the exemption by the end of March 2018”.

“However, we are hopeful of being able to open for applications slightly sooner than this,” the spokesperson said. “A handful of businesses have indicated to us they are likely to apply to rely on the exemption.”

It is understood, most NZ banks have exemption-ready robo-advice solutions ready to roll with several other firms including Nikko Asset Management and start-up fund distributor, Sharesies, also flagging an intention to launch.

Importantly, any firm wishing to rely on the new, fast-tracked FMA get-out clause – which by-passes the current legislative insistence that only ‘natural persons’ can deliver personalised financial advice – would not be able to claim they are ‘licensed’.

“They will have to let consumers know they are operating under the exemption [rather than as licensed entities],” the spokesperson said.

Under FSLAB, licensed robo-advisory firms could be in business by next year.

In a release last month, UK-based Juniper Research estimated global robo-advice revenues would reach US$25 billion by 2022 compared to the US$1.7 billion generated last calendar year.

“These fully-automated roboadvisors will represent approximately 25% of total roboadvisor AUM in 2022, and their growth will outpace other semi-automated, supervised deployment types with lesser reliance on AI, by some margin,” the Juniper release says. “These roboadvisors are forecast to grow their AUM at close to 155% per annum on average versus 69% growth for the overall market according to Juniper.”

“It’s clear that hybrid solutions are likely to be the engine of growth, particularly as incumbent solutions come online,” the Mosaic paper says. “The point where DA morphs into face-to-face advice is likely to vary across platforms but will be determined both by providers – based on viability of servicing underlying assets – and clients, who can choose when to engage with a human adviser.”

For instance, at the end of 2017, the BlackRock-backed European robo-advice business, Scalable Capital, introduced humans into the assembly line.

According to the Financial Times, Scalable had launched “over-the-phone and face-to-face consultations for a one-off fee of £200 from January after finding a number of clients wanted to talk to human advisers rather than answering its online questionnaire alone”.