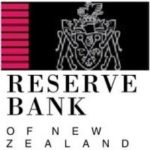 The NZ managed funds market grew more than 7.3 per cent in the June quarter to reach about $210 billion, according to new Reserve Bank of NZ (RBNZ) figures.

In dollar terms, the June quarter added some $14.3 billion to total NZ funds under management (FUM) in the RBNZ survey, which excludes the $100 billion plus invested by Crown Financial Institution.

“The quarterly increase came as a result of financial market rebounds from the late March lows caused by the COVID-19 pandemic. Notably, holdings of listed shares increased 17.3% as local and international share-markets rose sharply after the month of March,” the RBNZ report says.

Year-on-year the total NZ FUM was up almost 7 per cent in the RBNZ survey.

The central bank survey found a quarterly surge in FUM across all product types it captures with private wealth seeing the highest jump – up 18.4 per cent to about $30 billion.

Retail unit trusts added 7.3 per cent in the June quarter to hit $46.4 billion while cash management trusts and wholesale clients recorded the weakest increases of 1.8 per cent and 0.9 per cent, respectively.

The RBNZ also noted a surge in equities FUM during the June quarter, which experienced the quickest share market rebound on record.

Further RBNZ data on the KiwiSaver market shows asset allocation in the sector has remained largely steady over the last two years. According to the central bank-collected statistics, the $69 billion in KiwiSaver funds was split almost equally between local and offshore assets as at the end of June.

The non-KiwiSaver retail unit trust market, however, favours NZ assets (almost $29 billion) over global investments ($17.4 billion), according to the RBNZ.