You are here: Home / Investment News / The top 10 compliant stories you must read this summer… 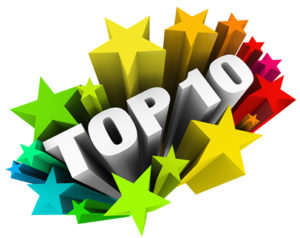 End-of-year media sign-offs are required by law to include a top 10 list.

And in a spirit of compliance, here’s the 10 most-read Investment News NZ (IN NZ) stories over 2016 in descending order:

Wellington investment admin firm opens up to the world

Dine out of Aegis as ASB brings platform under securities boss

On course with KiwiSaver: 2016 IN NZ report offers free hit

Murrays on the move at ANZ/Fisher, custody roles filled, Partners gets FMA man

A couple of points stand out from the above list: IN NZ subscribers have an overweight interest in people called Murray and an unhealthy obsession with investment administration.

But headline-grabbing attention isn’t everything. Just ask the Financial Markets Authority (FMA), which rounded-out its calendar year with the functional ‘FMA legislative notices supporting the FMC Act regime up to 9 December 2016’.

That one is going straight to number one.

Yet despite its own anti-clickbait approach to publishing, FMA-generated news was the media equivalent of burley in 2016. As well as the constant supply of Financial Markets Conduct Act (FMC) related yarns, the regulator landed the big one during the year with its prosecution of Milford’s Mark Warminger for alleged market manipulation.

Somewhat surprisingly, from a statistical point of view, no Warminger story made the IN NZ 2016 top 10 with 14th the highest-ranked (perhaps if he was called Murray…).

However, the outcome of the case will have important implications for industry, regulator, consumers and clickbait merchants whichever way the judgment falls.

All of them, though, will have to wait until next year (February, maybe, is the best guess) for ‘closure’ as the Chief High Court Judge Geoffrey Venning has reserved his decision – possibly saving some juicy reading material for those long summer afternoons by the pool.

Meanwhile, IN NZ is also clocking out for the season – back sometime in January, weather-pending. Many thanks to the subscribers and advertisers who made 2016 the best-ever for this publication.

Wishing you all a regulation Christmas and a compliant New Year.