You are here: Home / Investment News / View from the platform: top performers of 2017 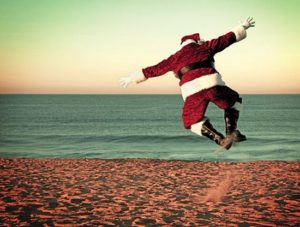 Platforms have historically been top-performing items on Investment News NZ (IN NZ): and in this case, at least, past performance has been a reliable indicator of future returns with the subject cropping up in 40 per cent of the 10 most popular stories of 2017.

In fact, even the presence of a legendary All Black in the runner-up story could not displace the plain-pack headline of ‘Direct NZ fund platform now live’ from winning the ‘Most-read on IN NZ’ 2017 award.

The award-winning story about the nascent InvestNow platform was also one of the first to appear in 2017, showing up in the January 15 issue. And while IN NZ may have peaked too early, there were enough consistent hits during the year to fill out a decent front row.

For the record, the top 10 IN NZ stories of 2017 are as follows, in descending order:

Warminger pinged on two out of 10 counts

The list, however, is provisional on the off-chance that one of the stories featured in this almost platform-free issue of IN NZ – the last for 2017 – rises to the occasion: changes will be advised in breaking news.

If history is any guide IN NZ will return in mid-January 2018 for a repeat performance. In the interim, we wish readers and advertisers an above-average Christmas and a top-quartile New Year.