You are here: Home / Investment News / What happened (and whatnot) in 2019: 10 stories that hit the mark 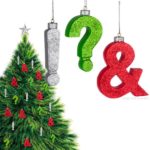 So many things didn’t happen this year.

For instance, my 2019 New Years resolution to use more exclamation marks in Investment News NZ (IN NZ) didn’t amount to much.

The punctuation mark most-favoured on Twitter appeared in just one IN NZ headline over the previous 12 months.

But it worked: Faster KiwiSaver Bill! ranked number three on the IN NZ 2019 most-read list – surprising for a story covering a relatively minor government move to speed up scheme transfer times.

Punctuation matter’s despite what the closure of the Apostrophe Protection Society in December says about it’s decline.

Also not happening this year was the introduction of a comprehensive capital gains tax (CGT). In April, Prime Minister Jacinda Ardern washed her hands of the controversial measure after binning the Tax Working Group (TWG) report.

The Sir Michael Cullen-led TWG recommended some wide-sweeping reforms that would’ve skew-whiffed the NZ investment industry, among others. While the TWG was a top-10 IN NZ performer in 2018, its surprise finale didn’t even make the 20 most-popular stories this year: it probably needed an exclamation mark or two.

Other non-happening news in the 2019 10 most-read list includes the proposed sale of the AMP NZ wealth arm. This August headline (fourth most-popular) noted that Buyers line up for AMP NZ wealth but, as of today, the queuing continues. (In a possibly-related development, AMP chief, Francesco De Ferrari, was sighted in NZ mid-December.)

Elsewhere, Pie Funds, later-aborted, attempt to sell part of its business (Pie tipped at $100m valuation) ended 2019 at nine on the IN NZ top 10.

As usual, KiwiSaver drew the crowds with the IN NZ annual special – KiwiSaver by the dozen: crack open the free 2019 report – second on the top 10 list, three spots above the launch of online scheme start-up Kōura Wealth (Fresh boutique KiwiSaver scheme floats into view) .

And somehow stealing space once again in the IN NZ pages – above the two investment heavyweights of Brian Gaynor and Nicholas Bagnall – former All Black, Andrew Mehrtens, reappears at number six (although he played at number 10).

Mehrtens may, however, have worked the old All Black magic trick in IN NZ for the last time as the 2019 pick, Mehrts drops BNZ role, kicks off again for Sydney, details his return to Australia (where, by-the-way, he now works with trans-Tasman asset finance firm Maia Financial).

The All Blacks, of course, didn’t win the Rugby World Cup again this year: but that’s another story – and nothing to do with Mehrts (this time).

During 2019 IN NZ published about 400 stories, of which a fair few were supplied by my good friend, Greg Bright. Greg, who publishes Investor Strategy News in Australia, lifts both the quality and quantity of coverage on IN NZ – and cuts my deadline stress by between 10 to 20 per cent each week.

And meeting any deadline at all would be impossible if not for the consistently excellent Vicky, who keeps the whole digital ship afloat.

IN NZ also wouldn’t happen without the support of many other parties including advertisers (thanks!!), secret sources (?) and readers who stop by every Monday morning for some punctual industry news…

… wishing you all the best for the holiday season (and beyond).

(Everything starts happening again for IN NZ some time in mid-January 2020 – the international year of the parentheses (or brackets))!