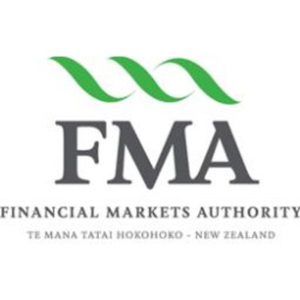 The Financial Markets Authority (FMA) has issued a ‘Section 25’ notice to a range of regulated firms in a bid to flush out any unlicensed advisers operating under the new law.

It is understood that the Section 25 notice – a strong information-gathering power available to the FMA in its governing legislation – has been sent to most life insurers seeking data on their adviser business relationships post the introduction of the Financial Services Legislation Amendment Act (FSLAA) regime this March.

In a statement, the FMA confirmed “it has engaged with a number of product providers to ensure they are only dealing with licensed financial advisers, following the implementation of the new financial advice regime in March”.

“This is a standard process for us to understand how entities are meeting their obligations. We are awaiting responses from providers,” the regulator says.

“Under the new regime, anyone who gives regulated financial advice to retail clients must either hold, or operate under, a Financial Advice Provider licence.”

According to industry sources, the Section 25 notice requires providers to hand over information about all advisers they dealt with in the pre-FSLAA era who are not now licensed but may still have books of clients.

As well, the FMA has reportedly asked firms to provide evidence of what steps they are taking to make sure no unlicensed advisers are using their respective products.

The FMA has used the Section 25 powers previously including during the 2019 banking and insurance sector reviews inspired by the earlier Australian Royal Commission into financial services.

Both the insurance and banking regulatory reviews, produced in a joint effort with the Reserve Bank of NZ, served as justification for the imminent Financial Markets (Conduct of Institutions) Amendment Bill, or COFI.

Among other duties, COFI will impose obligations on banks, insurers and some other institution to oversee how associated advisers use their products.

However, the extent of product provider responsibility for the actions of third-party advisers remains the subject of consultation that closed mid-June.

COFI itself is cooling off in parliament after a heated start to the second reading of the bill last month. The debate, interrupted by the valedictory speech of National MP Nick Smith, was subsequently bumped down the order paper, missing June and July dates.

Parliament next meets on August 3.